for Sixth Formers studying French for

As, A level, IB and cambridge pre-u 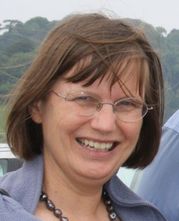 ​
​CAROLINE TRACEY, B.A., P.G.C.E., Maîtrise-ès-Lettres writes a new course book each year, assembles the teaching materials, devises the projects and does all the French teaching at Le Grand Osier. Having first taught in the French system, both at lycée and university level, she then taught French and Spanish to “A” level in Britain before returning to France.

She has written a French grammar book: Essential French Grammar for the Sixth Form and Beyond which is being used in several leading schools in the United Kingdom. Please click on the title for more details.

﻿“Kathy thoroughly enjoyed the course and describes Caroline as a “fabulous” teacher.”﻿ 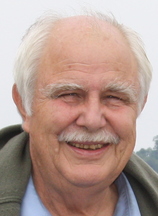 ​RICHARD TRACEY, B.A., P.G.C.E., organises the accommodation and the catering at Le Grand Osier. He also drives the minibus and plays the guitar. He taught for 15 years in British independent schools and was a Head of English Department and a boarding Housemaster.

We have two children: Christopher, born in 1993; and Henry, born in 1995. They have been brought up bilingually. Christopher graduated from the University of Hertfordshire with a degree in Aerospace Engineering and is now working as a design engineer in the aviation industry. Henry graduated from UEA in 2018 and, having obtained his MSc from the University of York, is now working in the computer industry.

We moved to France in 1989 to offer our own residential French revision courses. These courses have attracted students from many of the leading schools in the United Kingdom.

﻿“Your hospitality and friendliness were beyond expectation.“﻿ 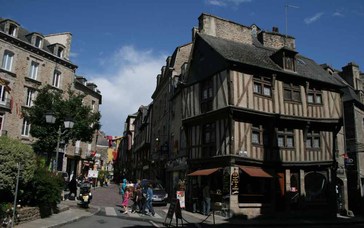 We live in the Rance valley, just five minutes from the medieval town of Dinan, and twenty-five minutes from the northern Brittany coast and the fortified city of Saint Malo. This is a particularly beautiful area of France, with many sites of historical and cultural interest.

﻿“Thank you so much for your kindness
and hospitality. You made me feel so
welcome in your home.”﻿